Injections generally administer a medication as a bolus (or one-time) dose, but can also be used for continuous drug administration. After injection, a medication may be designed to be released slowly, called a depot injection, which can produce long-lasting effects.

Injections are classified in multiple ways, including the type of tissue being injected into, the location in the body the injection is designed to produce effects, and the duration of the effects. Regardless of classification, injections require a puncture to be made, thus requiring sterile environments and procedures to minimize the risk of introducing pathogens into the body. All injections are considered forms of parenteral administration, which avoids the first pass metabolism which would potentially affect a medication absorbed through the gastrointestinal tract.

Many injections are designed to administer a medication which has an effect throughout the body. Systemic injections may be used when a person cannot take medicine by mouth, or when the medication itself would not be absorbed into circulation from the gastrointestinal tract. Medications administered via a systemic injection will enter into blood circulation, either directly or indirectly, and thus will have an effect on the entire body.

Intramuscular injections, abbreviated as IM, deliver a substance deep into a muscle, where they are quickly absorbed by the blood vessels into systemic circulation. Common injection sites include the deltoid, vastus lateralis, and ventrogluteal muscles.[9] Medical professionals are trained to give IM injections, but people who are not medical professionals can also be trained to administer medications like epinephrine using an autoinjector in an emergency.[10] Some depot injections are also administered intramuscularly, including medroxyprogesterone acetate among others.[11] In addition to medications, most inactivated vaccines, including the influenza vaccine, are given as an IM injection.[12]

Subcutaneous injections, abbreviated as SC or sub-Q, consist of injecting a substance into the fat tissue between the skin and the muscle.[13] Absorption of the medicine from this tissue is slower than in an intramuscular injection. Since the needle does not need to penetrate to the level of the muscle, a thinner and shorter needle can be used. Subcutaneous injections may be administered in the fatty tissue behind the upper arm, in the abdomen, or in the thigh. Certain medications, including epinephrine, may be used either intramuscularly or subcutaneously.[14] Others, such as insulin, are almost exclusively injected subcutaneously. Live or attenuated vaccines, including the MMR vaccine (measles, mumps, rubella), varicella vaccine (chickenpox), and zoster vaccine (shingles) are also injected subcutaneously.[15]

An intraosseous injection or infusion is the act of administering medication through a needle inserted into the bone marrow of a large bone. This method of administration is only used when it is not possible to maintain access through a less invasive method such as an intravenous line, either due to frequent loss of access due to a collapsed vessel, or due to the difficulty of finding a suitable vein to use in the first place.[17] Intraosseous access is commonly obtained by inserting a needle into the bone marrow of the humerus or tibia, and is generally only considered once multiple attempts at intravenous access have failed, as it is a more invasive method of administration than an IV.[17] With the exception of occasional differences in the accuracy of blood tests when drawn from an intraosseous line, it is considered to be equivalent in efficacy to IV access. It is most commonly used in emergency situations where there is not ample time to repeatedly attempt to obtain IV access, or in younger people for whom obtaining IV access is more difficult.[17][18]

Injections may be performed into specific parts of the body when the medication's effects are desired to be limited to a specific location, or where systemic administration would produce undesirable side effects which may be avoided by a more directed injection.


Injections to the corpus cavernosum , termed intracavernous injections, may be used to treat conditions which are localized . They can be self-administered for prior to intercourse or used in a healthcare setting for emergency treatment for a prolonged erection with an injection to either remove blood to administer a sympathomimetic medication to reduce the erection.[19] Intracavernosal injections of alprostadil may be used by people for whom other treatments such as PDE5 inhibitors are ineffective or contraindicated. Other medications may also be administered in this way, including papaverine, phentolamine, and aviptadil.[20] The most common adverse effects of intercavernosal injections include fibrosis and pain, as well as hematomas or bruising around the injection site.[20]


Medications may also be administered by injecting them directly into the vitreous humor of the eye. This is termed an intravitreal injection, and may be used to treat endophthalmitis (an infection of the inner eye), macular degeneration, and macular edema.[21] An intravitreal injection is performed by injecting a medication through the pupil into the vitreous humor core of the eye after applying a local anesthetic drop to numb the eye and a mydriatic drop to dilate the pupil. They are commonly used in lieu of systemic administration to both increase the concentrations present in the eye, as well as avoid systemic side effects of medications.[21]


When an effect is only required in one joint, a joint injection (or intra-articular injection) may be administered into the articular space surrounding the joint. These injections can range from a one-time dose of a to help with pain and inflammation to complete replacement of the synovial fluid with a compound such as hyaluronic acid.[22] The injection of a into a joint is used to reduce inflammation associated with conditions such as osteoarthritis, and the effects may last for up to 6 months following a single injection.[22] Hyaluronic acid injection is used to supplement the body's natural synovial fluid and decrease the friction and stiffness of the joint.[22] Administering a joint injection generally involves the use of an ultrasound or other live imaging technique to ensure the injection is administered in the desired location, as well as to reduce the risk of damaging surrounding tissues.[23]

Long-acting injectable (LAI) formulations of medications are not intended to have a rapid effect, but instead release a medication at a predictable rate continuously over a period of time. Both depot injections and solid injectable implants are used to increase adherence to therapy by reducing the frequency at which a person must take a medication.[24]:3

A depot injection is an injection, usually subcutaneous, intradermal, or intramuscular, that deposits a drug in a localized mass, called a depot, from which it is gradually absorbed by surrounding tissue. Such injection allows the active compound to be released in a consistent way over a long period.[25] Depot injections are usually either oil-based or an aqueous suspension. Depot injections may be available as certain salt forms of a drug, such as decanoate salts or esters. Examples of depot injections include haloperidol decanoate, medroxyprogesterone acetate,[25] and naltrexone.[26]

Injections may also be used to insert a solid or semi-solid into the body which releases a medication slowly over time. These implants are generally designed to be temporary, replaceable, and ultimately removed at the end of their use or when replaced. There are multiple contraceptive implants marketed for different active ingredients, as well as differing duration of action - most of these are injected under the skin.[27] A form of for the treatment of dependence is also available as an injectable implant.[28] Various materials can be used to manufacture implants including biodegradable polymers, osmotic release systems, and small spheres which dissolve in the body. 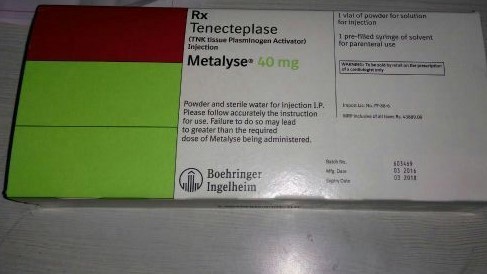 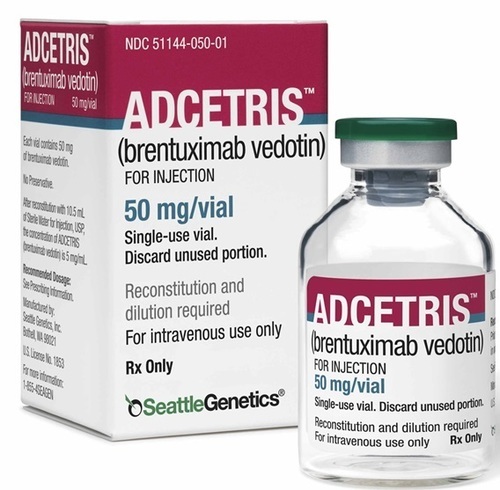 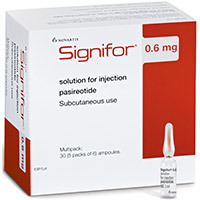 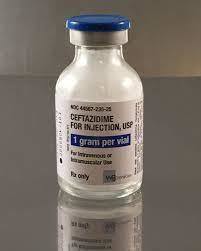